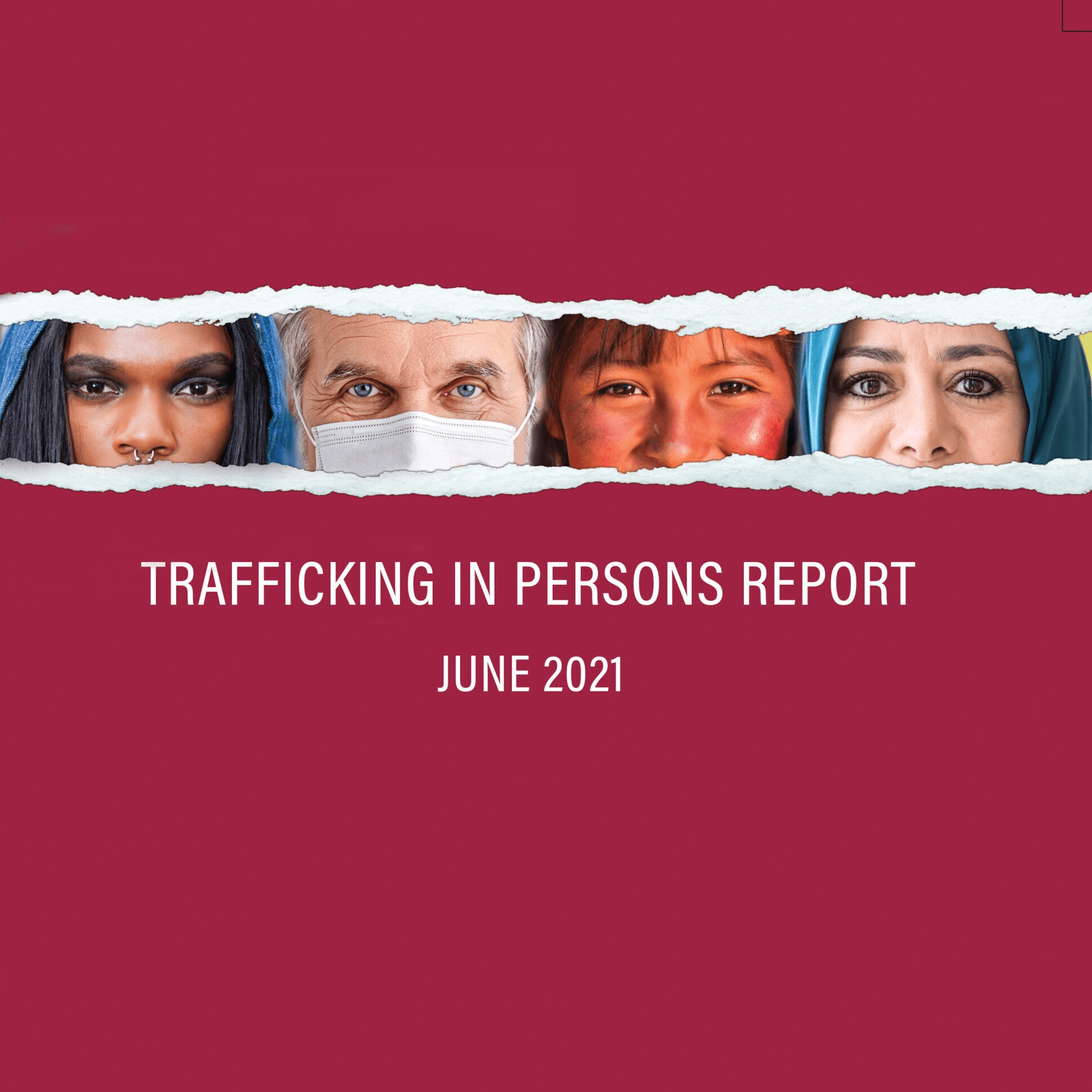 The US TIP (Trafficking in Persons) Report is released annually by the US Department of State. The report covers human trafficking occurring around the globe and also ranks countries on four tiers based on their efforts to combat human trafficking. You can review the country rankings and methodology here. Additionally, the report hones in on a number of subtopics that vary year to year. As these reports influence practice and public opinion below are four takeaways after reviewing the report and how they impact the work that we do at LifeWay.

We challenge the use of the term “sex work” in a report about trafficking victims & survivors: First brought to my attention by a colleague in the field, the TIP report referenced the term “sex work.”. There are several reasons we urge the State Department to refrain from using this phrase in the future. The main challenge is that this report focuses specifically on victims and survivors of human trafficking, or those who were compelled into human trafficking through force, fraud, coercion, and/or other manipulative tactics. Referring to their experience as “work” is inaccurate, is harmful, and can normalize abuse and marginalize their experience.

As Alisa Bernard, a survivor, stated in an interview with World without Exploitation, “Please don’t call it ‘sex work’ Not many women would freely choose a job where sexual violence, disease, physical and emotional abuse, and even death are risk factors. That’s not a profession. It’s exploitation.” We stand in solidarity with organizations asking that this term not be used in future Trafficking in Persons reports. As the letter explains: “Coined in the 1970s by a movement with financial and political interests in promoting the sex trade, the term “sex work” is designed to mainstream and normalize the harms of prostitution and erase its inextricable links to trafficking for purposes of sexual exploitation.” Furthermore, also noted in the letter is that the term is not legally defined: “The term “sex work” is a euphemism for the sex trade and the system of prostitution. It is not defined under federal, state, or international laws, including the Protocol to Prevent, Suppress and Punish Trafficking in Persons, especially Women and Children, supplementing the UN Convention against Transnational Organized Crime, which the U.S. has ratified.”

The complicated relationship between COVID-19 & Human Trafficking: The report paid special attention to the challenges associated with the pandemic and its impact on funding, service delivery, and prosecution. The report also touched on how procedures and approaches taken to prevent the spread of the virus can inadvertently retraumatize victims of human trafficking. As providers of safe housing, we recognize that the reality of trauma is real, and our actions can unintentionally remind survivors of their trafficking experience. The report says, “Many COVID-19 mitigation measures, such as mask wearing, virtual engagements, and self-isolation, could re-traumatize survivors.” A LifeWay Safe House Director had shared that a resident revealed to her that some of the safety precautions which called for staff to scale back some of the community activities reminded her of being trafficked, but what helped for her was the transparency around why certain rules were in place. One of the six principles of trauma-informed care is “trust-worthiness and transparency”; where possible choices for survivors should be offered, and transparency provided about why rules are in place. This approach can change how a survivor receives information. Transparency also helps to lessen an unnecessary power dynamic of “telling others what to do.”

State-Imposed Trafficking Analysis Needed: In 2019, Congress amended the TVPA to include state-imposed trafficking. While individuals and companies can certainly facilitate and benefit from trafficking, the government and state actors can as well. The reality of state-imposed trafficking should be assessed domestically, not just for foreign countries. In July 2020, LifeWay held a film screening of the movie 13 to share with the public how the 13th amendment abolished slavery in the United States, but left an exception for prisoners. A recap of the insights from the event can be read here. Understanding the different forms of trafficking is important.

Familial Trafficking: The report paid special attention to navigating the unique challenges of familial trafficking. Over the last year, LifeWay has experienced more intakes related to familial trafficking, or those who were trafficked by a family member. The TIP report references that in 2017, the IOM estimated that 41 percent of child trafficking experiences are facilitated by family members and/or caregivers, which might be higher than many might expect. As the report correctly states, there are unique challenges when the trafficker is not a stranger or removed. There is normalization in families, members of a family may choose to turn a blind eye for the sake of the family unit. Grooming may start at a young age. The healing process for such an experience, can not be underestimated, which is why LifeWay is committed to providing a long-term safe house in a communal setting to support in the healing process, and make tailored referrals where necessary.