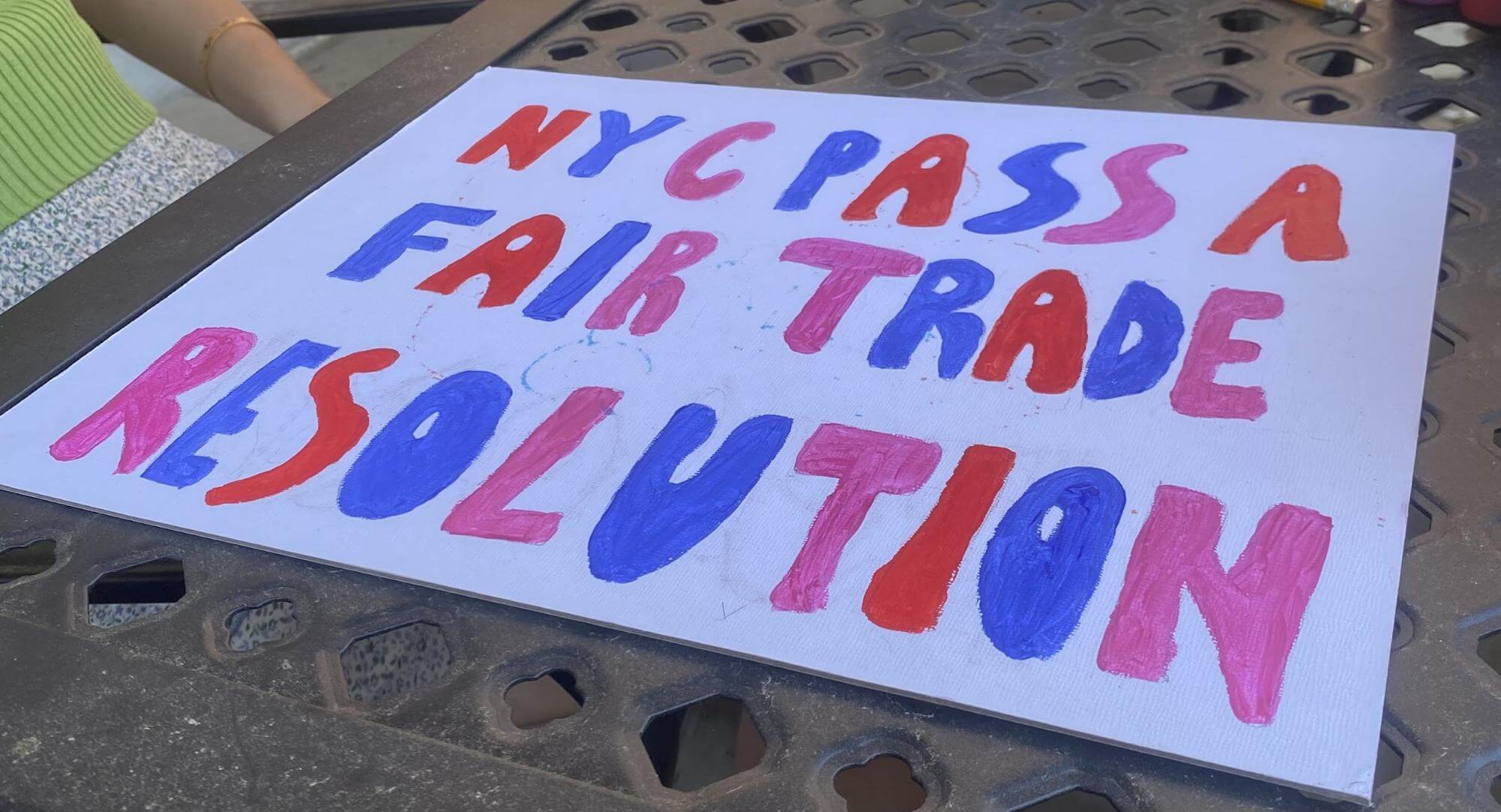 At LifeWay Network, we are pursuing a Fair Trade resolution in order to tackle and magnify the importance of Fair Trade in New York. Fair Trade is a market strategy that “promotes fair labor practices and healthy, safe work environments through the production of food and other

goods.”1 Created to help producers in developing areas achieve equitable working practices, this strategy aims to improve social and ecological standards in conjunction with payment of fair prices. Specific countries where Fair Trade certification occurs include India, Argentina, Ethiopia, Costa Rica, and Columbia. Fair Trade resolutions have been adopted in cities across the United States, such as Los Angeles, Burlington, Chicago, Orlando and San Francisco. In these cities, Fair Trade resolutions ensure certified products are widely available and promoted. Said cities promote Fair Trade through widespread education information regarding exploitative trade practices and how to support ethically and equitably produced goods. These cities launch research studies on how they can increase Fair Trade products in their procurement, create “Fair Trade days,” organize events, provide literature about Fair Trade in public settings such as libraries, and source Fair Trade coffee and tea for their government events and offices.

LifeWay aims to tackle and magnify the importance of Fair Trade so our local New York government can take action. Fair Trade does not just model fair wages for producers, but it also works against forced child labor. Fair Trade certification of products can be revoked if evidence of child labor exists on the production side.2 The Fairtrade Standard for the Small-scale Producer Organization references The UN Convention on the Rights of the Child, illustrating the importance of protecting children through Fair Trade production. For example, Fairtrade International, a global organization co-owned by more than 1.8 million farmers and workers who earn fair prices, audits the working conditions of Fair Trade production sites by specifically checking for an absence of child labor.3

June 12 was the United Nations World Day Against Child Labour, so we call on governments and companies to evaluate their procurement and prioritize child rights and see the clear connection between protecting children and the criticality of Fair Trade. This day aims to elevate efforts to end child and forced labor worldwide. At the beginning of 2020, one in 10 children over the age of five (160 million children worldwide) were involved in child labor.4 By the end of this year, the United Nations estimates that without mitigation strategies such as Fair Trade certifications, child labor could increase by almost 9 million.5 The implementation of Fair Trade resolutions here at home produces a global impact. Higher premiums paid to producers abroad have a trickle-down effect. These premiums are put back into local economies and invested in programs such as children’s educational and developmental initiatives. Fair Trade is not just about buying ethically at the grocery or clothing store; it is also about protecting the rights of our global next generation.

LifeWay recently hosted a ClubHouse event, open to the public, to strategize and imagine what a Fair Trade city would look like for NYC. Based in NYC? Who is your City Council legislator? Let us know and indicate if you would like to advocate with us by completing this survey.