In honor of our ten-year anniversary, LifeWay Network is spending some time in conversation with the people who inspire us and whose work is changing the world. For our second interview in this series, Sr. Joan Dawber talked to Assemblywoman Amy Paulin, who represents the 88th New York State Assembly District and is a staunch anti-trafficking activist. This transcript has been lightly edited for clarity. 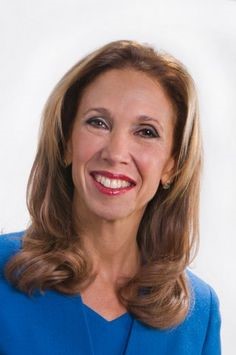 Sr. Joan Dawber: In your political career you’ve worked with numerous pieces of legislation that help human trafficking survivors. Why this particular issue, and what about it made you decide to take action?

Assemblywoman Amy Paulin: It dates back to 2006 when I originally met with women in New York that were involved in domestic violence and they were beginning to advocate for human trafficking because many of the same principles are related. My background is in domestic violence, so I often work with those advocates and believe that there needed to be a lot of work in the legislature. So I was happy to get involved working with colleagues who I had formerly worked with and had a lot of respect for.

Sr. Joan: Part of our work at Lifeway Network is educating groups of people on human trafficking as it’s such a large issue and, yet, many people don’t know anything about it. Your bills often focus on this educational aspect. Why is education so crucial to legislate?

Assemblywoman Paulin: Without awareness, which is what education is, you really can’t begin to combat the problem. There needs to be awareness among the professionals that are engaged in this work, as well as the general public who might be more attuned to helping those in authority positions combat the problem.

Sr. Joan: I’m right with you on this because that’s part of what we do in our education program. One of the major pieces of legislation you worked on is the Trafficking Victims Protection and Justice Act. What was your original goal for this law? And would you just tell me a little bit about the process of developing it and getting it passed?

Assemblywoman Paulin: I worked closely with the advocates to develop that legislation. It came out of an experience that we were having [with] a trafficking bill, and in 2007 it became law and we found loopholes.

The perpetrators were very clever and…found the loopholes which would make their prosecution very difficult. So, the bill that we did addressed a lot of those loopholes and strengthened the penalties against perpetrators so that it would be easier for law enforcement to go after those people who were committing these heinous crimes.

Sr. Joan: When we started at Lifeway Network, that passing of the 2007 Human Trafficking Bill was one of the first things that we worked on with the New York State Coalition. You’re currently work on a piece of legislation that require hotels to train their staff to recognize human trafficking. Why focus on hotel staff?

Assemblywoman Paulin: Victims have told us that if there was information available to them when they came into those very hotels where they’re being raped by their abusers then that would help them. If they’re ready to get out of the life, then arming them with phone numbers and information as to how they do that would be very helpful to them…It’s already been done in Connecticut and we’re finding it successful, so we wanted to emulate it in New York.

Sr. Joan: I’m just delighted to see this bill and I think it’s wonderful. Before I became a Sister, I worked in the hotel business for quite some years, and I can recognize the signs that I wasn’t aware of at that time. So this is terrific in terms of being able to educate the actual hotel staff.

Obviously, your role as Assemblywoman means that you’re mainly involved in legislative aspects of the fight against human trafficking, but what would you recommend to your constituents who want to get involved in this work?

Assemblywoman Paulin: Well, there are advocacy groups that are working alongside with me and they also probably need volunteers to do whatever else they’re doing in this regard. But there’s a lot of advocacy work to be done to make these bills a reality and, I would say, if people were willing to spend time and resources, that that would be very helpful.

Sr. Joan: I have a couple more questions, finally, and I ask these of everybody in this series. Lifeway Network’s logo incorporates the symbol of a dove because we’ve found that hope is perhaps the greatest driving force in the work that we do. What is your hope for this movement going forward?

Assemblywoman Paulin: My hope is that we raise enough consciousness that we put a dent into a business that exploits women, abuses women, and if we could turn it from what is a billion-dollar industry into simply a million dollar industry that would be my hope.

Sr. Joan: Absolutely. Thank you very much for your time. It’s been wonderful just to learn a little bit from you in terms of your efforts to combat human trafficking. One final question. What is the one thing you believe everyone needs to know about this issue?

Assemblywoman Paulin: That it’s our girls. People think these are young women from other places, other lands, and they’re being exploited on our land, but they do not see the girls. They do not meet the girls. They do not see that they are from Brooklyn, and the Bronx, and Manhattan, and Queens, and Westchester and that they’re runaways, that these are our children, and so the obligation becomes even more profound.

If you would like to join us in confronting human trafficking, learn how to get involved here.

To lobby for human trafficking legislation in your state, find your representative here.