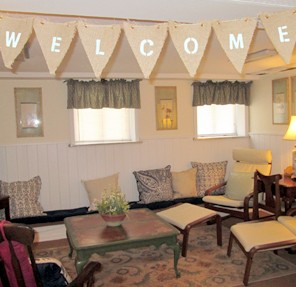 LifeWay Network is pleased to announce that we have welcomed our first woman resident to LifeWay House 2! Over the next weeks, we will continue to welcome up to seven trafficking survivors to this caring, supportive community as each woman begins her journey to reclaim her independence.

On the opening of this new safe house, Queens City Council Member Elizabeth Crowley stated “Human trafficking remains an issue of real concern all over New York City, and especially in Queens. LifeWay Network’s commitment to ending this injustice and expanding its services is critical to the safety of trafficking victims.”

Read the press release below announcing the opening of LifeWay House 2:

April 27, 2016 (New York, NY): LifeWay Network, a non-profit organization dedicated to combating human trafficking through housing and public education, announces the opening of a new safe house in the New York City metro area dedicated to women survivors of human trafficking. This facility, which welcomed its first resident this week, will provide urgently needed long-term transitional housing and services for up to seven women.

Though New York City is a known hub of human trafficking activity, safe housing for women survivors is limited. Currently, LifeWay Network is the only organization in the New York City metro area to offer safe housing for both domestic and foreign-born survivors of labor and sex trafficking. The new facility, LifeWay House 2, joins the original LifeWay Network safe house, established in 2012, as well as its ongoing Emergency Safe Spaces beds program and the Aspire House opened in 2015 in partnership with Covenant House NY. Together, these facilities will offer safe housing for over 20 women survivors.

“The opening of LifeWay House 2 further advances our mission to directly support survivors of human trafficking,” said Sister Joan Dawber, Founder and Executive Director of LifeWay Network. “Since its beginnings, LifeWay Network has understood the vital need for safe housing and other services to help women survivors rebuild their lives. The expansion of our Safe Housing Program over the last two years fills a critical need in the New York area.”

City Council Member Elizabeth Crowley states “Human trafficking remains an issue of real concern all over New York City, and especially in Queens. LifeWay Network’s commitment to ending this injustice and expanding its services is critical to the safety of trafficking victims.”

Over the next few weeks, LifeWay House 2 will welcome up to seven women survivors – providing them with a safe, supportive home for up to 12 months while they transition to a life of independence. LifeWay Network connects each resident with an array of services such as legal assistance, medical and mental health care, education and job skills training. LifeWay staff and volunteers provide companionship, mentoring and tutoring, along with creative and cultural activities for personal expression and enrichment. LifeWay Network’s Education Program also works to raise public awareness of the crime of trafficking.